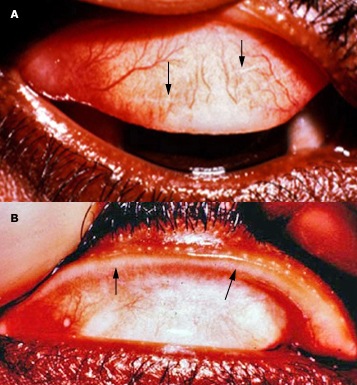 Corneal epithelial iron line at the edge of filtering blebs of glaucoma surgery. 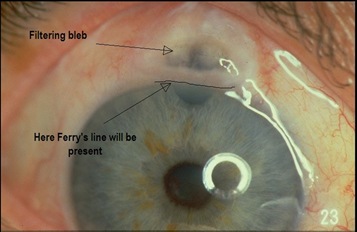 Iron deposition line in the corneal epithelium, which commonly seen in the junction between middle and lower third cornea. 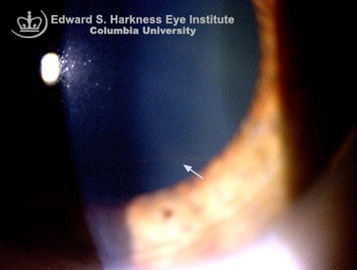 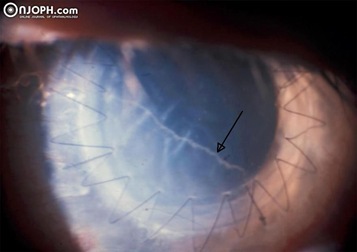 Endothelial rejections :Most severe form of corneal rejection as this layer doesn’t have regenerative property & significant cell loss can cause chronic graft edema. 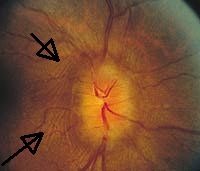 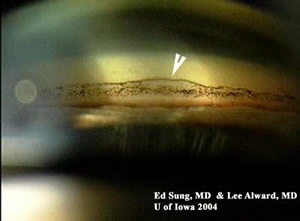 Corneal epithelial iron line at the edge of pterygium. 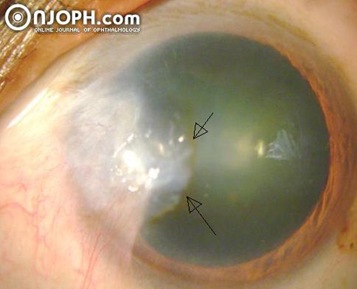 Email ThisBlogThis!Share to TwitterShare to FacebookShare to Pinterest
Labels: ophthalmology

The article is well-written. It is quite informative and attractive. We are the world's leading email database vendor. We at Pegasi Media Group deal with all types of companies and industries irrespective of their sizes and the type of their businesses. Our customized email database contains the customer's geographical location, their interests and other details. Our Contact DiscoveryServices successfully finds out the customer information and their product or service requirements, which allows you to know their requirements.Ophthalmology Email List

Your new valuable key points imply much a person like me and
extremely more to my office workers. With thanks; from every one of
us.

Thanks for sharing this kind of information. Its nice to see that. you have done well. Medicine Stem Cell

Thanks for sharing the valuable information. Your article gave me a lot of information. We at Techno Data Group would like to introduce to you about our organization. We are the leading database providers for b2b marketing across the globe. we provide you with the readymade as well as the personalized email list and connect you with the right client or decision-makers. Please refer our Ophthalmology email & mailing list for further details.

Ultraviolet light damages the eyes. The reflective power of snow, sand, and water magnifies the effects. And yes, UV penetrates clouds. Sunglasses should block 99 to 100 percent of UVA and UVS (two bands of ultraviolet light). A hat helps, too.

Nice post content is impressive to read, Thanks for proving some helpful information. I hope you will keep on sharing articles.
To introduce about our company and the activities,E-Healthcare Lists is one of the global suppliers of healthcare mailing list & email list.

CHIEF DR LUCKY HERBAL THERAPY
Thank you very much for curing my Human Papillomavirus (HPV) totally. You are really a Godsent, I promise you that I will always recommend you. and to share your testimony to people. Contact him now thanks all.
CHIEF DR LUCKY HERBAL THERAPY CAN AS WELL CURE THE FOLLOWING VIRUSES :-
1: HIV/AIDS
2: HSV
3: LUPUS
4: ALS
5: HEPATITIS B
6: DIABETES
7: HUMAN PAPILLOMAVIRUS (HPV)
8: CANCER
9: PAD
10: PENIS ENLARGEMENT
11: THYROID ETC..
WhatsApp him on +2348132777335 or email (chiefdrlucky@gmail.com).
Website: https://chiefdrluckyherbaltherapy.wordpress.com/

Thanks for the post. It was very interesting and meaningful. I really appreciate it! Keep updating stuffs like this.

Regards,
Pigmentation specialist near me

Kimble Center for Pelvic Wellness offers a holistic approach to vaginal laxity treatment, other treatments we provide for this issue include: Vaginal Tightening, Labiaplastyand Vaginal Rejuvenation.

HELLO EVERYONE.. FEW MUNINETS TO REDY THIS INFOR ON HERPES CURE 2018..
2017 MY MOTHER WAS DIAGNOSED OF HERPES/ KNOWN AS GENITAL WARTS ,I SPENT A LOT OF MONEY ON HER MEDICATION TILL A POINT I EVEN LOST HOPE,BECAUSE MY MOTHER WAS GRADUALLY DYING AND LOST HER MEMORY TOO, I WAS SO DESPERATE TO GET MY MOTHER BACK TO NORMAL, ONE DAY MY UNCLE WHO LIVES IN LONDON UNITED KINGDOM TOLD ME ABOUT DR OLIHA ,WHO HELPED HIM GET RID OF HERPES /GENITAL WART WITH HERBAL MEDICINE AND HIS HERBAL SOAP ,I WAS SO SHOCKED WHEN HE TOLD ME ABOUT THIS ,ALTHOUGH I NEVER BELIEVE IN HERB BUT, I KEEP TO BELIEVE BECAUSE MY UNCLE CAN'T TELL ME LIES WHEN IT COMES TO HEALTH CONDITION I CONTACTED DR OLIHA VIA HIS EMAIL; OLIHA.MIRACLEMEDICINE@GMAIL.COM , YOU CAN TALK TO HIM VIA CALL OR WHATSAPP MESSENGER ON +2349038382931 , HE REPLIED AND ASK ME TO SEND MY HOME ADDRESS AND MY MOTHER'S DETAIL AND THEN I PURCHASED THE HERBAL MEDICINE,SENT ME THE HERBAL MEDICINE THROUGH COURIER SERVICE, WHEN I RECEIVED THIS HERBAL MEDICINE USED IT FOR 2 WEEKS, AND 4 DAYS OF USAGE THE WARTS FELL OFF, MY MOTHER I NOW TOTALLY CURED AND MY MOTHER IS LIVING FREE AND HAPPY AGAIN. YOU CAN TALK TO DR VIA HIS MOBILE NUMBER OR WHATS APP HIM ON +2349038382931 or website i saw on the :https://olihamiraclemedicine.webs.com/    ALL THANKS TO DOCTOR DR OLIHA